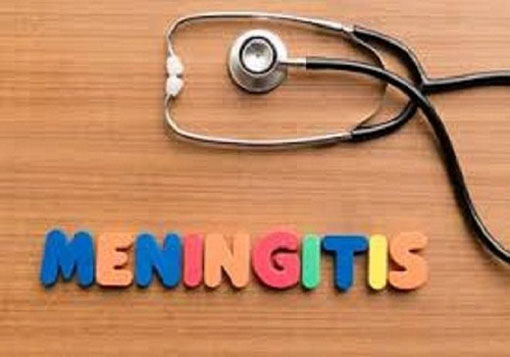 Have you heard of the current meningitis epidemic disease? Did you know that the recorded cases of meningitis have hit about 26 states of the Federation? 171 were confirmed to be the Type C meningitis with Zamfara, Sokoto, Katsina, Niger and Kebbi states most affected.

You may wonder what this disease (meningitis) is all about…

Meningitis is an inflammation (swelling) of the protective membranes covering the brain and spinal cord.

A bacterial or viral infection of the fluid surrounding the brain and spinal cord usually causes the swelling.

However, the Delta State Commissioner of Health, Dr Nicholas Azinge, on Wednesday, urged the citizens of the state not to fret over the reported case of meningitis in the state.

Azinge, who made the appeal when he spoke, in Lagos, said that one case of meningitis could not be taken for an outbreak, adding that the state is safe.

He said the reported case of meningitis in Delta was only one officially reported the case which could not be regarded to as an outbreak.

“There is no outbreak of meningitis in Delta state. To refer to a case as an outbreak epidemic, you must have witnessed five cases out of 100,000 cases among the population.

“It is true we have few cases reported, but only one was confirmed and unconfirmed maybe two people.

“Meningitis is not like Lassa fever that spreads easily. If we have a reported case of one victim, then that is not an outbreak, we need to have at least five cases.

“Delta state is safe from meningitis epidemic. We have measures in place to combat it. We are ready medically.

“We may have to address the state to clear the air on the reported case soon. The ministry of information will see to that,’’ he said.

The case is the first to be recorded in the state since the outbreak of the pandemic some weeks ago in the country.

However, it was disclosed that a female patient, whose identity was undisclosed, had arrived the hospital with typical symptoms of meningitis.

A Consultant Physician at the hospital, Dr Ngozi Chukwubeni, said the patient had no previous exposure to the endangered meningitis belt of the country in recent time.

But according to her, the patient has been taken through the appropriate examinations and laboratory tests and assured that the patient was responding to medication.

“We have a female patient. She came with classical symptoms of meningitis, headache, vomiting, neck pain and stiffness.

“There was no history of recent travel to the meningitis belt or exposure.

“We made an assessment, clinical features and laboratory investigations when you are keeping with spinal meningitis.

“We placed her on antibiotics. The patient is doing very well,’’ Dr Chukwubeni said.

Minister of Health, Prof. Isaac Adewole had, on Tuesday, confirmed 489 deaths from the meningitis outbreak in Nigeria.

Adewole, at a meeting convened by the Sultan of Sokoto, Sa’ad Abubakar III, to tackle the outbreak of meningitis in the northern region of the country, said 428 deaths were recorded as at Friday, 14th of April, 2017.

Adewole said that the Federal Government had earmarked over 1 billion dollars for procuring vaccines to combat meningitis epidemic in the five most affected states in the northern region.

He also confirmed and said that 823,000 doses of attenuated Type C had been delivered to the Federal Government by the U.K. Government, while UNICEF had delivered over 1 million Type A vaccines.

“The Federal Government needs 1,087 billion dollars to procure vaccines and administer on some 21 million persons against meningitis outbreak in the affected states,’’ he said.

Adewole advised states to join hands with the Federal Government in combating the deadly epidemic by investing more in the health sector.