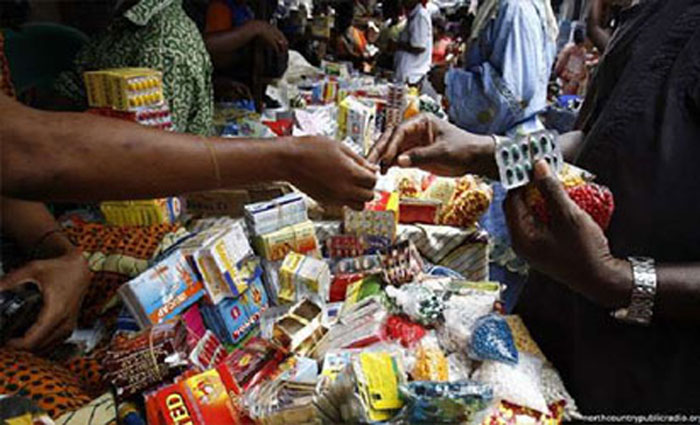 Ha! My people, una don hear say the Giant of Africa dey face hard times as prices of drugs don Skyrocket? In fact, the upward review of duties on imported products and goods by the Federal Government don raise prices of imported goods and products and the thing dey get serious effect on life generally for millions of Nigerians.

But the places where the effects of the implementation of the new policy dey affect pass na for the health sector, because these things dey give most patients and healthcare providers sleepless nights.

Recently, a circular by the Minister of Finance, Mrs. Kemi Adeosun to the Nigerian Customs Services, NCS, increased the duty payable on imported medicaments such as antibiotics and anti-malarial.

Essential drugs like that of antibiotics and antimalarial don dey very expensive for recent times because of the implementation of the 20 per cent duty tax on imported medicaments by the Federal Government.

For some chemist shops, pharmacies and other drug retail outlets across the Federation, prices of these drugs don commot for the reach of the average Nigerians.

About millions of Nigerians don dey impoverished already, because of the biting economic recession and now dem dey get serious tough time, to even purchase these medicaments.

Latest inventory for drug prices wey dey market don show say the effect of the duty increase don dey bad gan, and those wey dey bear the full effect of the development na the end users, that is the consumers gangan(especially).

For most people, the hopes of available and affordable healthcare don become story for the gods, even with the survey of drug prices.

The National Co-ordinator, I CARE, Toritsheju Aghofofo Kete, talk say them do the survey to highlight the combined negative effects of shortage of forex and the 20 per cent tax on imported medicaments and effects on the Federal Government’s promise to make drugs available and affordable to most Nigerians.