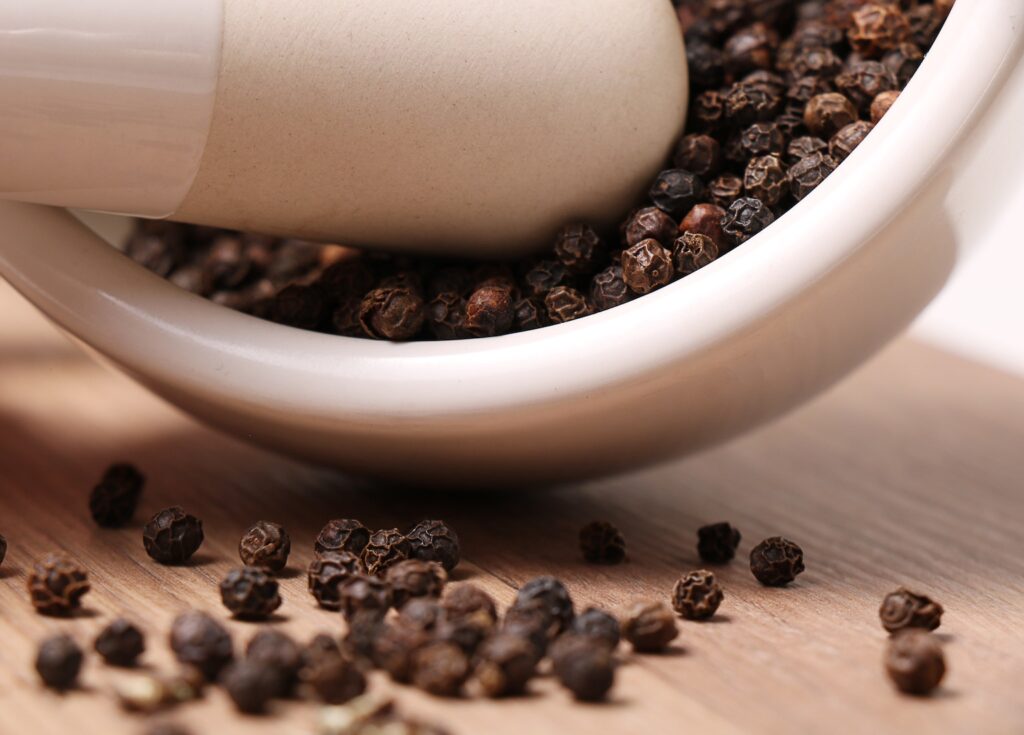 Black pepper is a spice that you have probably used before if you cook in this country. Even if you have not used it, you would have heard of it. It is known by many names in many cultures. Around here, we also refer to it as Cameroon pepper.

Whatever name you call it, it is a fiery spice that adds an earthy and pungent flavour to any food. This is one spice that you want to use sparingly though, unless you want to burn your taste buds off. Yes, it is that hot.

We know that it tastes good, and that it is hot, but not much is said about how healthy it is, if at all. More on that later, first, what is black pepper?

Black pepper is native to India and other Asian countries that have tropical weather. Interestingly, black and white pepper are gotten from the same plant, only prepared differently. Black is gotten by cooking the dried unripe fruit while white is made by cooking and drying the ripe seed.

You can get the pepper at almost ever market in Nigeria. If you have not been including this wonder spice in your cooking before now, maybe you need to have a rethink. Because it packs a punch, and not just because of its fiery pepperiness.

Why black pepper should be in your diet

Black pepper interestingly has quite a few benefits that many have been sleeping on. Keep reading to find out some of the amazing benefits

Piperine to the rescue!

After reading this article, you probably feel like piperine should be given an award right? It seems like it does a lot of good work in the body and you should not miss out on this. The next time you are at the market, ask for some of this wonder spice, would you? It is good for you