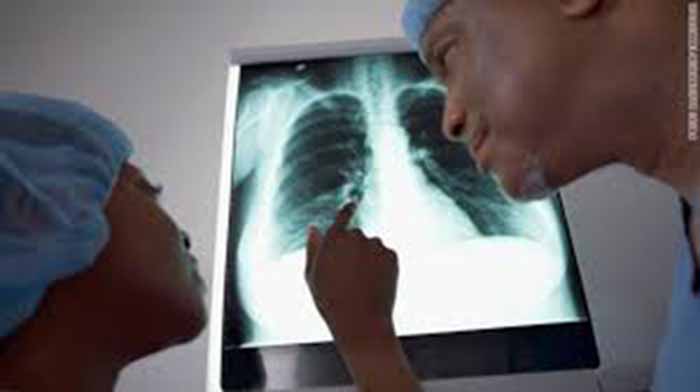 Against all odds, when Justina a 29 years old lady got married to Emeka, little did she know that one day she will bow to the killer (disease).
Justina had been living in peace with a loving husband, and had given birth to five children without complications. while she got married at the age of 18, her clock started ticking to the great beyond few weeks after she was diagnosed of tuberculosis(TB) in one of the state government hospital in Owerri, Imo state.

Although she had a cordial and good relationship with her husband, but her relationship with her in-laws never progress all through her 12 years stay with her husband.
Fate played a fast one on her as she contracted TB and died. Justina happens to be one out of about 170,000 people that die from this infection called TB in Nigeria.
TB is a leading killer of HIV-positive people; one of three HIV deaths was as a result of TB.
According to WHO, about 480 000 people developed multi-drug resistant TB, MDR-TB, a concern to the world body which requires an urgent action to address the effective control, ending and resistance to TB by 2030.
In Nigeria, cases of tuberculosis are underfunded and most states in Nigeria are recording increase in many new areas.

The Minister of Health, Mr. Isaac Adewole, during an event tagged 2016 World Tuberculosis Day in Abuja, said Nigeria records close to about 250,000 deaths annually from tuberculosis.
Public health experts are worried that the delicate health systems, financial constraints, stigmatization, diabetes and tobacco use are threatening the management and eradicating techniques.
Dr. SOA Adesola maintained that TB is on the expressway in Nigeria, and is a headache for Nigerians because of its ranking as the 5th among 22 countries with the highest incidence in the world.
What needs to be done to eradicate TB?
Dr. Isaac said Nigeria should focus on the poverty level because TB is a disease of poverty. “Overcrowding, malnutrition and poor housing are core issue to focus on.
He beckon on the government not just to focus only how many people living with TB but focus on how many people suspected to have TB, looking at how they can be diagnosed and treated effectively.
Adesola also revealed that the treatment of TB is absolutely free, by explaining that although; the treatment for TB is for six months with free drugs.
There is the need for Nigeria to strengthen and intensify more on innovation and research to combat against multi-drug TB so as to ensure that the fight against the severe disease does not become a mirage