February 14, a special day set aside to celebrate love and friendship all over the world was marked yesterday. Coincidentally, other events were recorded yesterday in all parts of the world, of which Lagos seemed to have had the most of it.

Valentine’s Day, Ash Wednesday (which marks the beginning of Lent in the Catholic Church), and the UEFA Champions League all happened yesterday. These events affected the usual traffic in Lagos and had a part to play in the life of every Lagosian. 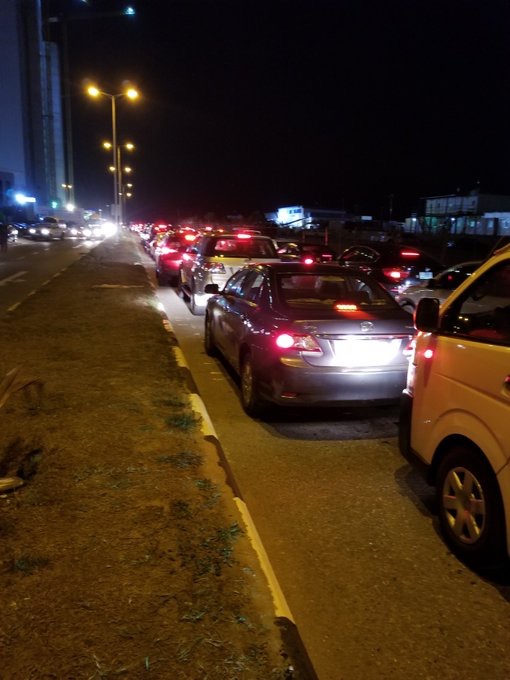 Asides from the regular business which takes place in Lagos, we had lovers celebrating. Eateries and chill spots recorded a large turnout. So many irregular commuters were on the move as they wanted to catch the Valentine vibe.

Catholics also played a part as they celebrated alongside with St Valentine, Ash Wednesday which marked the beginning of Lent. On this day, Catholics are encouraged to attend mass, and so they turned out in a large population, occupying the streets of Lagos.

The UEFA Champions League football match between top European clubs also held yesterday. This occurrence had many football lovers excited, as most fans had to leave other businesses to watch the live match with their friends and loved ones.

Adverse Effects of February 14 on Lagosians 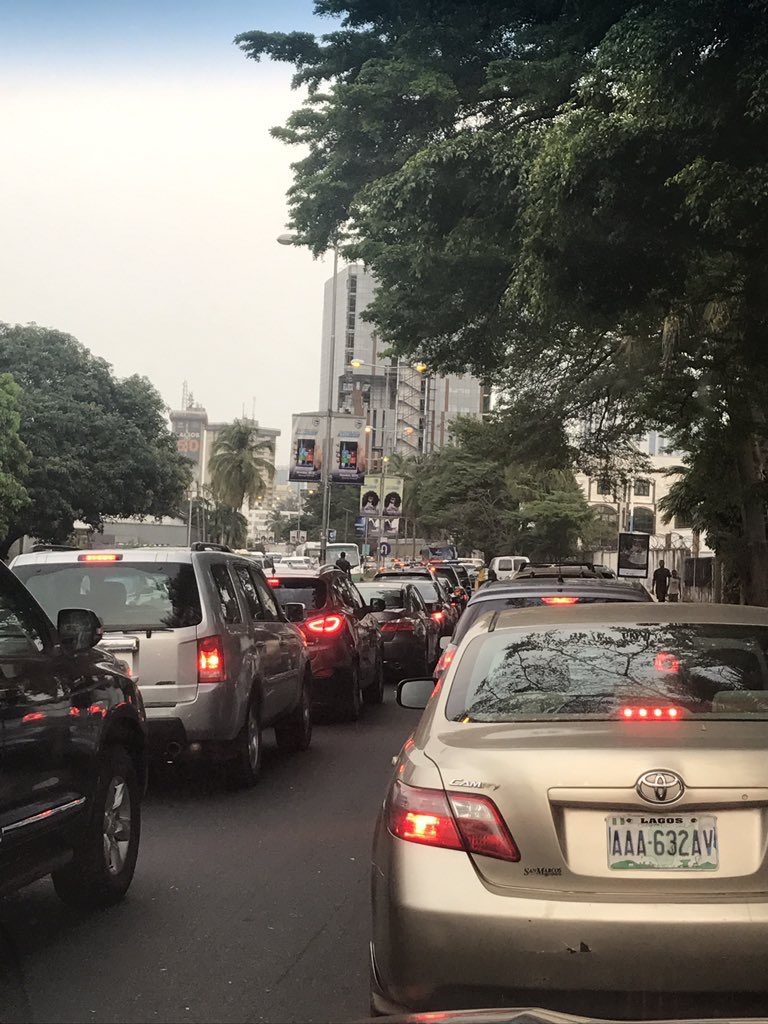 Respiratory ailments: Exposure to air pollution caused by traffic can be linked to respiratory ailments, asthma, impairment of the lungs, cardiovascular mortality. It is particularly dangerous to those already from any of these ailments. It may also lead to adverse outcomes for pregnant women.

Depression: Psychologically, Traffic can lead to depression, anger, resentment especially when they feel disrespected, abused or cheated by bad road commuter and these feelings if not properly managed can lead to the breakdown of the body through stress.

Commuters, however, took to social media to express themselves. 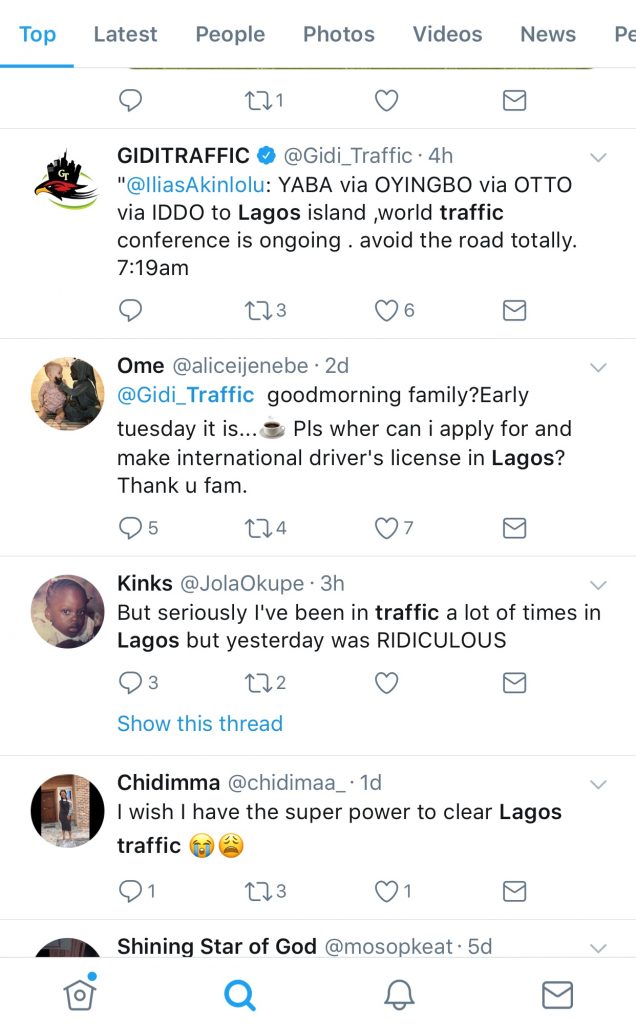 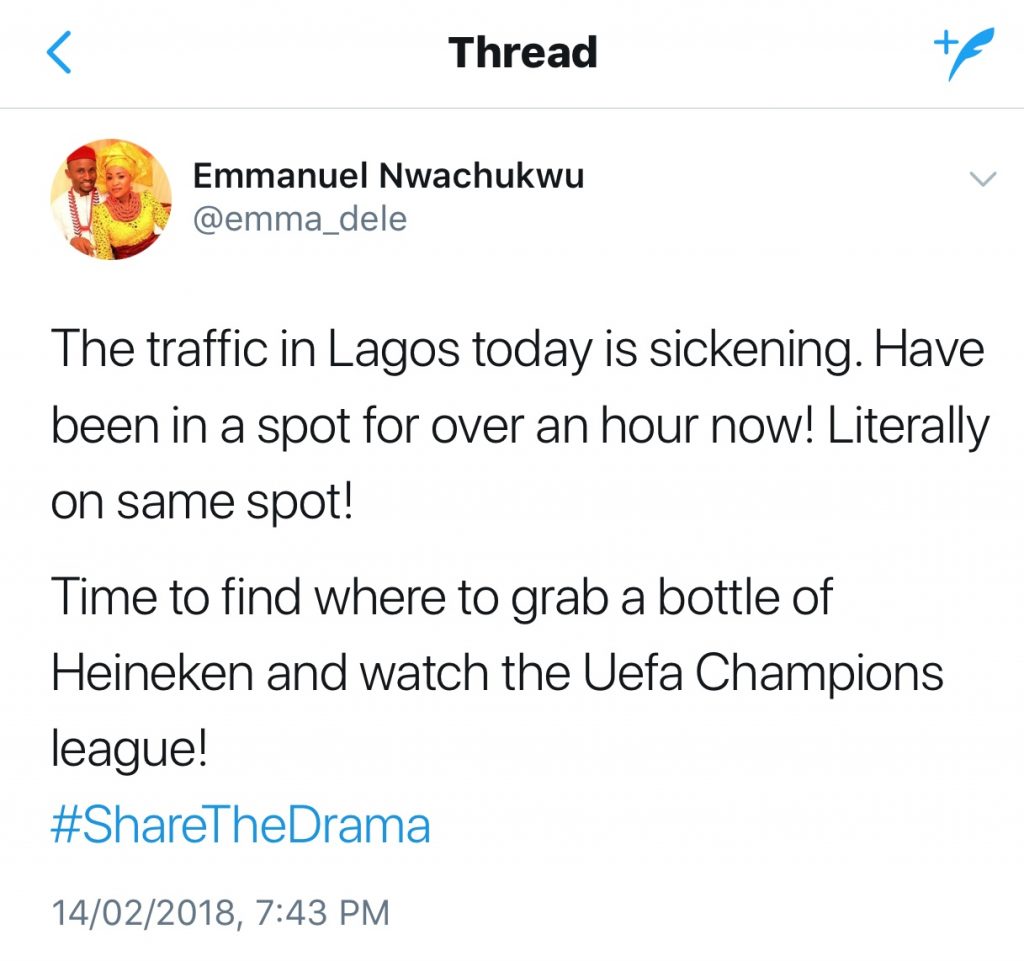 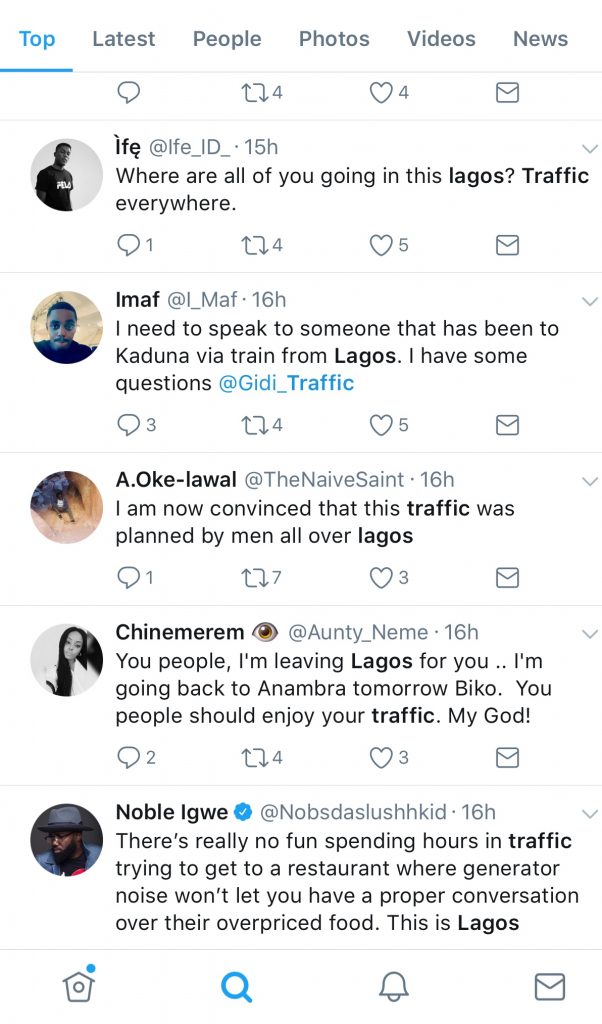 Other adverse effects of February 14 include:

Inadequate Sleep: Most people got home very late last night, too tired to do anything and just had to retire to their bed in a bid to get up very early for their business. The effects of not having adequate sleep include the following: