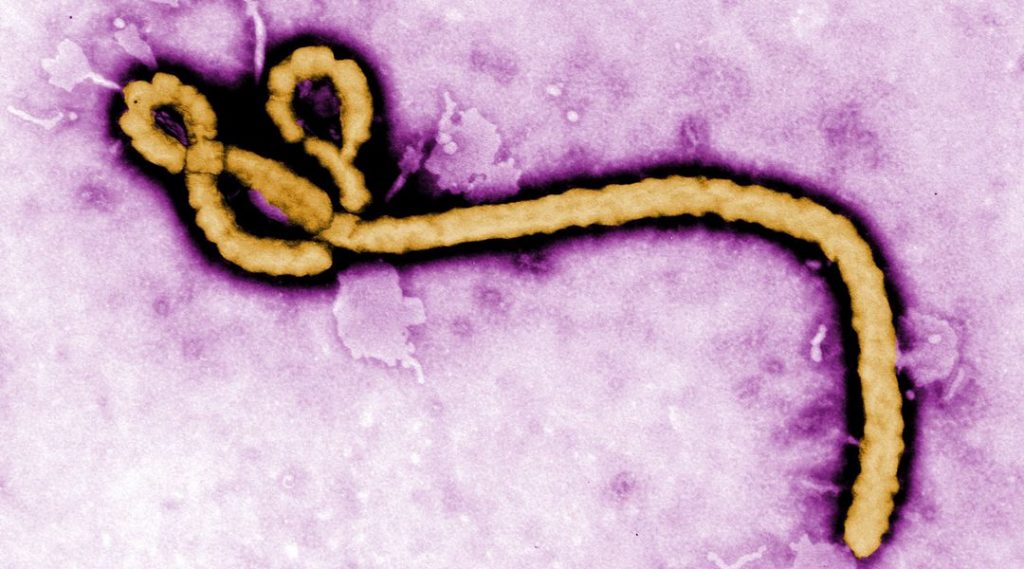 The natural hosts for the Ebola virus are thought to be the fruit bats that belong to the Pteropodidae family.

Ebola virus can be transmitted in the following ways:

As far as the Ebola virus is in the blood of an infected person, he/she will be able to infect others.

Ebola-infected individuals do not become infectious until they start having symptoms of the Ebola disease.

It is also important to know that Ebola is not spread through food, water or air. However, if the body fluid, mucous membrane or broken skin of an Ebola-infected person has already come in contact with the food or water, there is a risk of being infected. There has been no evidence that Ebola is spread through sneezing or coughing; but large droplets of splashes of saliva or other respiratory secretions released by an infected person when coughing or sneezing could be contagious. There is also no evidence to suggest that Ebola is spread by any insects – like mosquitoes. So we can breathe a little easier on that account.