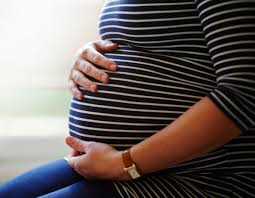 Miscarriage is the loss of a pregnancy during the first 20 weeks. It is sometimes called spontaneous abortion or an early loss of pregnancy. Around 15% to 20% of known pregnancies result in miscarriage, and they mostly occur within 12 weeks of pregnancy. It is important to understand the facts on miscarriage to dispel common myths.

Types of miscarriage include:

The major cause of miscarriage before 12 weeks is genetic abnormality. This means that there is a structural or numeric problem with the chromosomes, which does not support life. It is responsible for about 85% of early miscarriages, and 29-60% of recurrent miscarriages.

Studies show that the older a woman gets, the higher the chances of getting a miscarriage. Also, the risk is higher for women that have had a miscarriage before. Another study also revealed that paternal age greater than 40 could also increase the risk of miscarriage.

Also, the presence of other illnesses such as obesity, high blood pressure, malaria, STI, thyroid disease are all risk factors for miscarriage. Other risk factors include smoking, heavy drinking, use of some medications and food poisoning.

Miscarriage prevention includes avoiding these risk factors as much as possible.

Miscarriage is fairly common among pregnant women and can be caused by a variety of reasons. Also, having a miscarriage does not necessarily mean that it will keep happening, although the risks are slightly higher.

Finally, one of the important facts on miscarriage is that it is not the fault of the woman. Several reasons can cause a woman to miscarry, but carrying the XX chromosome is not one of them. What she needs is support and care, give that to her instead of blaming her.