Everybody loves to get back home from work, put on a good movie, cross their legs and order shawarma , sometimes with double or triple sausage.

Shawarma has almost become the symbol of enjoyment and relaxation when people are at home or go out in the evening to have a nice time. In fact, going out to get shawarma and ice-cream together is seen as a good first date plan. But the question we have never stopped to ask is, is this regular consumption of shawarma healthy or is it gradually killing us?

How do hotdogs in shawarma get their pink color? 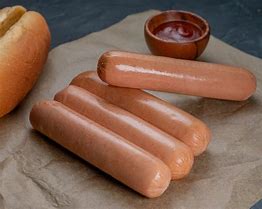 You must have noticed how beautiful and pinkish the hotdogs or sausage in your shawarma appear. In fact, they form the most juicy and delicious part of your shawarma hence why the more sausages in the shawarma, the more expensive it is. But what exactly are hotdogs made from and how do they get and retain their pinkish color?

Hotdogs are made from bacon (meat taken from back, loin or belly of pigs) which do not appear naturally pink but slightly brownish. They are usually passed through a process called curing that gives them that color and helps to retain it over their shelf life. It also prevents bad odor and taste over time.

What is bacon curing?

Curing occurs when nitrites such as sodium nitrite (pink salt) is injected into the pork that is being processed to make bacon. This sodium nitrite is a highly toxic salt and is colored pink to prevent ingesting it by mistake. This salt kills bacteria on bacon that normally could cause serious diseases but also importantly gives bacon its attractive pinkish color and intensifies its taste.

What is the problem with nitrites?

Nitrites naturally occur in high amounts in vegetables such as carrots, beetroot and spinach. They are themselves not harmful to the body but the major problem with them is that when present in acidic and aqueous conditions (which is found in the stomach), they can begin to combine to form compounds known as nitrosamines which are highly carcinogenic, that is, capable of causing cancer. This was why the World Health Organization (WHO) in 2015 declared nitrites as carcinogenic. Nitrosamines are especially associated with risks of stomach cancer and this has been proven by several studies.

Should I now stop eating shawarma?

Shawarma is not the only snack or meal prepared using hotdogs, many people include them in almost every meal they prepare. The real problem as discussed is with the hotdogs, so if you’re not eating shawarma but including hotdogs regularly in your diet, you are still greatly at risk.

For shawarma lovers, the healthy thing to do is to order your shawarma without the sausage. Stop going for the double, triple or quadruple sausage shawarma you would normally order.

Also, if you cannot eat it without the hotdog, limit your consumption of it greatly, because you definitely do not want to be consuming anything declared carcinogenic on a regular basis! 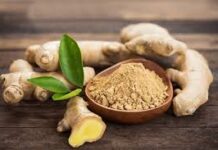 It’s quiz o’clock! What do you know about the ginger plant? 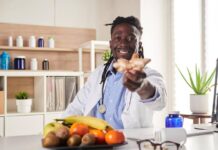 Ginger Plant In Food, Health benefits And Side Effects. 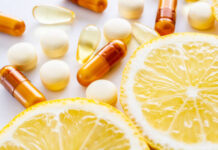