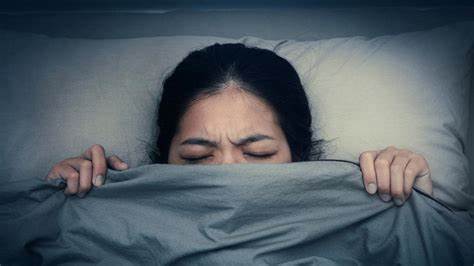 Nightmares, oftentimes referred to as bad dreams are disturbing dreams that result in negative feelings such as fear or anxiety and sometimes could awaken a person from sleep.

Different people have different belief systems surrounding the causes of nightmares. For instance, many religious people believe nightmares have spiritual connotations. But studies have shown that some day to day lifestyle choices and activities could be responsible for experiencing persistent nightmares.

Nightmares usually occur during a particular stage of sleep known as rapid eye movement or REM sleep. A large percentage of dreams including nightmares are not usually remembered after waking up but waking often during REM sleep makes it possible to remember most dreams especially nightmares. Activities such as eating habits that increase the frequency of night wakes especially during REM sleep have the tendency of causing/ increasing the frequency of nightmares.

Eating too much food

Consuming a very large amount of food can cause discomfort that increases the frequency of night-wakes thereby increasing recalling of nightmares. A study also showed that going to bed on a full stomach can cause nightmare-inducing brain waves.

Eating a huge amount of food before bed greatly increases your chances of having nightmares. Late night eating signals the brain to be much more active, which could lead to having and recalling more nightmares. The discomfort felt after eating very late can also increases the frequency of night wakes thereby increasing the chances of experiencing nightmares.

Foods with very high sugar content such as chocolates, cakes etc are closely associated with increased frequency of nightmares especially when taken close to bedtime. This is because the increased free glucose increases brain activity leading to increased formation and recollection of nightmares.

Drinking too much water

Stress resulting from day to day activities usually produces poor quality of sleep thereby triggering more frequent dreams. Issues that have been bothered about throughout the day can also be manifested or ”replayed” in form of nightmares. REM sleep also increases with anxiety and daily stress thereby increasing the frequency of nightmares.

Drugs that affect neurotransmitter level in the brain are often associated with increased frequency of nightmares. 5 common classes of drugs that have been reported include:

Drinking a few bottles of alcohol before bed might seem to be helpful for achieving restful sleep but the reality is that alcohol consumption increases the frequency of experiencing nightmares. This is because alcohol interferes with REM sleep and reduces the overall sleep time. This interference with REM sleep and sleep disruption prevents restful sleep and increases tendency of experiencing nightmares.