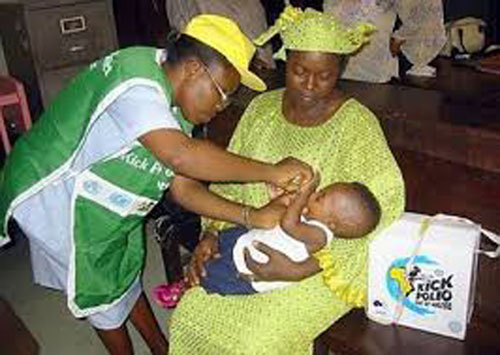 In fact, after access to breastfeeding and clean water, polio immunisation is the next most highly effective action to be taken to protect babies from most infectious disease.

However, statistics has shown that vaccine-preventable diseases give an account of closely 22% of child deaths in Nigeria, leading to over 200,000 deaths every year.

The new policy now is that any parent or caregiver who rejects or prevents a child from receiving the polio vaccine, stands at risk of a two-year jail term, the Niger State Government declared this on Monday in Minna.

The Executive Director of the state’s Primary Health Care Development Agency (SPHCDA), Dr Yahaya Na’uzo, revealed this, in an interview with the News Agency of Nigeria (NAN).

“The law establishing the SPHCDA, specifically sections 23 to 28, has made the rejection of immunisation services a criminal offence. Such offenders are liable to two years jail term, or a fine of N50,000, or both,” he said.

He mentioned that Niger was the first to decree a law that would institute legal proceedings against parents, who deliberately denied their children access to immunisation.

As stated by him, the passage of the Child Rights Act into law was also meant to protect the rights of the children and right to polio immunisation services.

He said after that discovery, the state implemented eight rounds of immunisation plus days (IPDs), with about 2.8 million children vaccinated per round.

Na’uzo explained that this year, children would be vaccinated during routine immunisation against Hepatitis, Tuberculosis, Diphtheria and Poliomyelitis.

“Other vaccinations will be administered against whooping cough, tetanus, pneumonia, yellow fever, measles and diphtheria for pregnant women,” he said.

While stating that Niger had been removed from among the high-risk states with polio transmission since 2016, he said that there was still need to improve on routine immunisation, “especially in hard-to-reach areas”.

He said that the state would implement only the January, March and April 2017 rounds of Immunization Plus Days (IPDS), since it was no longer among states with high-risk polio transmission.

Na’uzo said that the agency would synergise with neighbouring states such as Kebbi, Zamfara and Kaduna to ensure surveillance and reduce cases of missed children.

He seeks for the support of religious leaders and traditional, as well as other stakeholders toward educating and enlightening communities on the need for total compliance.