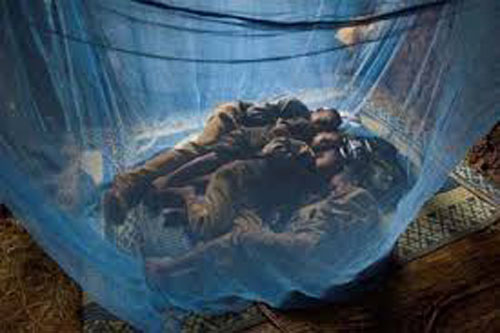 The Malady of Malaria Prevention in Africa, as a continent is a subject of increasing concern. The world has been and it’s still going through a phase of improved access to malaria interventions most especially in Sub-Saharan Africa ranging from preventive treatment for pregnant women and diagnostic testing for children too.

This can be linked with the 2016 World Malaria Report released by the World Health Organization, WHO, which indicated that the number of malaria cases declined by 88 percent while death rates declined by 90 percent in Africa between 2000 and 2015.

However, despite this heart-warming news, the scourge has not by eliminated as it still poses a threat to global health. For instance, it is currently threatening the achievement of the WHO Global Technical Strategy, GTS, for Malaria 2016–2030 targets of reducing cases and mortality by 90 percent by 2030.

Malaria has continued to cause the world a whole lot, both in lives and resources. A WHO report in 2015 revealed that an estimated $2.9 billion was spent on malaria control and elimination alone, with increased $0.06 billion since 2010.

However, this is still not enough as it represents just 46 percent of the GTS 2020 milestone of US$ 6.4 billion. The GTS 2020 calls for the eradication of malaria in 10 countries by 2020.
In the views of Dr. Margaret Chan, Director-General, the world has made excellent progress, but the job is not yet done.

As at last year, malaria reached 212 million cases and 429, 000 deaths, across Africa, millions of people still lack access to the required tools they need to treat and prevent the disease.

In many countries, progress rate is threatened by the rapid spread of mosquito resistance to insecticides and antimalarial drug resistance. In Africa majorly, the burden of malaria has continued to affect economic growth. Malaria prevention initiatives, care, and treatment have been estimated to cost Africa $12 billion annually. This is apart from the man-hours lost due to the sickness.

Here in Nigeria for instance, statistics from the Federal Ministry of Health had shown that malaria accounts for 60 percent of outpatients’ visits to health facilities, 25 percent of death in children under one year, 30 percent childhood death, and 11 percent maternal death. Financially, the implication is depressing.

The annual financial loss due to malaria is estimated to be about N132 billion yet, malaria prevention and treatment still seem to be attainable; the impact of malaria on national productivity and health is equally substantial. According to the National Malaria Control Programme, “Malaria is endemic in Nigeria with 97 percent of the population of 170 million living in areas of high malaria risk and an estimated 3 percent living in malaria free highlands. Nigeria bears up to 25 percent of the malaria disease burden in Africa, making it the country with the highest malaria mortality.