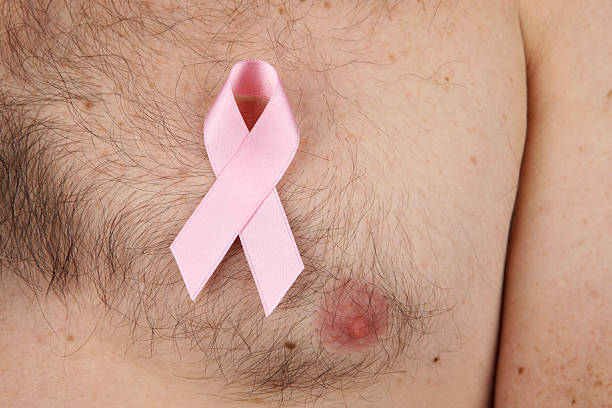 Cancer of the breast is well-known in Nigeria and globally because it is quite common, and there have been deliberate decades-long efforts to create awareness about it. The infamous cancer even has a whole month dedicated to it – October is the Breast Cancer Awareness month worldwide.

Despite the much publicity about the cancer, an aspect remains under-discussed: breast cancer in men.

Male breast cancer is considered less of a hot topic than its female counterpart because it is rarer.

According to the American Cancer Society, men are 70-100 times less likely to have breast cancer than women. However, it is a fact that breast cancer in black men is considerably more aggressive and deadlier than in any other race.

Hence, knowing about male breast cancer is particularly important in the African setting.

Men Can Have Breast Cancer

Some people may believe that men cannot get breast cancer because they do not have well-developed breasts like women, but this is false.

Everyone (male and female) is born with a small amount of breast tissue on each side of their chest.

During puberty, females start to secrete estrogen, which stimulates the breast tissues to develop. In contrast, males do not produce the amount of estrogen required for the breasts to fully develop, so the male breasts do not grow like that of females under normal circumstances.

But the fact remains that men have breast tissue, and cells in these tissues can begin to grow abnormally, resulting in breast cancer.

For these reasons, most men with breast cancer are already in the late stage of the disease at diagnosis, which reduces the possibility of a favourable outcome.

What Are The Symptoms Of Breast Cancer In Men?

What Causes Breast Cancer In Men?

There is no specific cause of male breast cancer. However, some of these factors put men at a higher risk of developing breast cancer:

How Is Breast Cancer Diagnosed In Men?

Breast cancer in men is diagnosed just as in women. The diagnosis will involve a medical history, physical examination, a mammogram or an ultrasound scan of the breast, and a biopsy from the breast or lump, if present.

How Is Male Breast Cancer Treated?

The type of treatment given for breast cancer in men mainly depends on the size of the tumour and the stage of the disease. A doctor may adopt one or more of the following options:

A Word From HealthFacts

Breast cancer can affect both men and women. Early recognition of breast cancer in men can save lives. 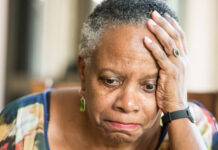 Dementia: Getting Old and Memory Loss