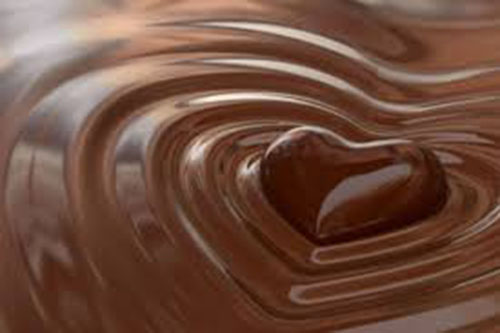 In a study published in March 2016, researchers found that people who eat chocolate once a week perform better on mental tasks than people who don’t indulge. Although, research is still ongoing yet the findings seem to fly in the face with the notion that sugar is bad for the brain.

That doesn’t mean you should start eating chocolate without discretion. By chocolate, I refer to drinks rich in cocoa for example, Ovaltine, Horlicks etc.

Does Cocoa have any real effect on our health?

You see, the cocoa bean, also called cacao bean or simply cocoa or cacao, is the dried and fully fermented fatty seed of Theobroma cacao, from which cocoa solids and cocoa butter can be extracted from.

Cocoa  has a titan of health benefits, and the likes of which humanity has never known. It is the kind of profound medicine that scientists and researchers toil to discover.

So if cocoa were a pharmaceutical drug, it would be hailed as the greatest medicine of all time, and its discoverer would reap the Nobel prize in Medicine.

The beverage of the gods was Ambrosia; that of man is chocolate. Both increase the length of life in a prodigious manner – Lewis Lewin

So cocoa is right out in the open, and it seems to be more protective than any other food, and more powerful than any medicine ever created. If cocoa were consumed judiciously and regularly, it would prove the single greatest life-saving medication of all time.

But you see, cocoa is a food, and this fact harks back to the proviso (condition) of Hippocrates, “Let food be thy medicine.” Not only is cocoa a food, but it is cherished around the world for its sumptuous flavor, and for the way it promotes a positive state of mind and mood.

The cocoa drink, or chocolate, has an additional quality not shared by tea or coffee. Whereas the latter two retard metabolism and beneficially stimulate the nervous system if taken moderately, chocolate directly nourishes – Baron Ernst von Bibra

Of the mood-modifying compounds in cocoa, one is PEA, or phenethylamine. This chemical, which occurs in chocolate in small quantities, stimulates the nervous system and triggers the release of pleasurable opium-like compounds known as endorphins. It also potentiates the activity of dopamine, a neurochemical directly associated with sexual arousal and pleasure.

Cocoa is a sensuous delight whose rich flavor, silky mouth feel and earthy aroma have captured the palates and imaginations of people for over three thousand years. You would agree that cocoa is aphrodisiac by virtue of smell, taste and feel alone. The recent scientific discoveries regarding cocoa’s love-enhancing components only further bolsters the amorous reputation of this blissful food. For throughout history, lovers have turned to cocoa to heighten the experience of lovemaking. The Aztec king Montezuma reputedly drank a large goblet of the drink before retiring to his harem. The legendary Venetian lover and seducer Giovanni Giacomo Casanova reputedly consumed cocoa before bedding women, a sport in which he engaged with tremendous vigor and frequency, if historical accounts are even half accurate. From antiquity to the present, cocoa has been a gift of lovers, more often given from a man to a woman than the other way around.

I bring to you a special drink from far across the West,
Although it’s nearest loves on whom it’s said to work the best.
Good cheer it always brings, and your full years renews.
First take a sip, my dear, and I shall presently;
And know I serve it to you with all the warmth that’s due:
For we must take good care to leave descendants for posterity.
– a chocolate love poem, late 1700’s

Another constituent in cocoa alters mental state in pleasurable ways. Anandamide (whose name derives from the Sanskrit word ananda, which means bliss), is a cannabinoid, a member of the same psychoactive substances found in cannabis. Anandamide binds to the same receptor sites in the brain as THC. And its effect? Anandamide produces a global feeling of euphoria. This compound may account for why some people become euphoric or bliss-out when they eat chocolate.

Let me ask..would you be willing to try out some cocoa drink?
What are your reservations about it?

I’ll be glad if you can drop your comments or contribution below.