Christmas is definitely a time most of us look forward to. It’s full of festivities and joy, the air is even different if you ask me! But most people really don’t know a lot about the history of Christmas.

We are all about facts here at HealthFacts.ng, so we will be sharing 7 facts we bet you didn’t know about Christmas. Let’s get started. Shall we?

#1. Christmas did not originate in America. In fact, the holiday only became a federal holiday in America in 1870.

#2. Christmas holiday was originally not as calm and peaceful as it is now. It was wild, carnival-like, and riots were common. The first ever police force instituted in New York city was in response to a raging Christmas riot.

#3. There is no evidence that Jesus Christ was born on December 25th. Scholars argue that He was most likely born around spring season, and not in the winter. The early Roman Catholic Church chose this period to celebrate the birth of Jesus because many early religions and cultures celebrated their gods around December; so there was a high chance for Christmas to be accepted by the masses.

#4. Santa Claus is a Christmas legend that was inspired by a real man who lived around 280 A.D. His was a monk called St. Nicholas who sold all his properties and used the fortune to travel from place to place to help the poor. His story became popularized in Western culture by the Dutch migrants who always celebrated the ‘Anniversary of the death of Sinter Klaas’ (the Dutch abbreviation for ‘Saint Nicholas’). Santa Claus is an adaptation of the real Sinter Klaas.

#5. Christmas has been banned before. This happened during the 17th Century when the Puritans were in power- they were a group that sought to ‘purify’ Christianity of Roman Catholic Traditions e.g Christmas. The ban was so intense that fasting on Christmas Day was almost passed into law. Yikes!

#6. Did you that the word ‘X-mas’ is not exactly anti-Christian? The Greek letter X is the first letter in the Greek word for ‘Christ’, so the Greek often shortened Christmas to Xmas. Although the short-form only gained popularity in the 1500’s.

#7. Do you know that there are health risks you are particularly at risk of during Christmas?

We bet (again) that you enjoyed these facts and learnt a thing or two. Feel free to share this page with your family and friends.

Also Read: These are the 3 BIGGEST HEALTH RISKS YOU FACE THIS CHRISTMAS 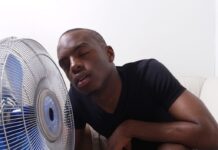