What is malnutrition in pregnancy?

Malnutrition in pregnancy refers to a lack of proper nutrition in a woman during pregnancy. According to health news, malnutrition can lead to serious health complications for both the mother and the baby.Hence, It is important for pregnant women to receive proper prenatal care and nutrition to ensure the health of both mother and baby.

Prevalence of malnutrition in pregnancy

This condition, is a significant public health concern. According to the World Health Organization (WHO), about one in three women worldwide are affected by anemia during pregnancy, which is often caused by a lack of iron, folic acid, and other nutrients. Additionally, the prevalence of malnutrition in pregnancy varies depending on the region and socioeconomic status of the population. So, in developing countries, the prevalence of malnutrition in pregnancy is higher compared to developed countries.

Malnutrition can be assessed using a variety of methods, including anthropometric measurements (e.g. weight, height, body mass index), clinical examination, and laboratory tests. Nutritional status can also be assessed by evaluating dietary intake and measuring levels of nutrients in the blood. In addition, functional assessments such as measuring muscle strength and assessing physical performance may be used. A combination of these methods is typically used to provide a comprehensive assessment of an individual’s nutritional status.

During pregnancy, a woman’s nutritional needs increase to support the growth and development of the fetus. The following are some key nutrients that are particularly important during pregnancy:

Folic acid: This nutrient helps prevent neural tube defects in the developing fetus. The (CDC) recommends that all women who are of reproductive age should consume 400 micrograms of folic acid daily. This should be done at least 3 months to the conception of a child. One could do this, either through a supplement or fortified foods.

Iron: Pregnant women need extra iron to support the growth of the placenta and the development of the fetus’s blood cells. Additionally, iron-deficiency anemia is common during pregnancy, so it’s important for pregnant women to consume enough iron. Foods such as red meat, poultry, fish, and leafy vegetables are ideal sources.

Calcium: During pregnancy, extra calcium is needed to support the development of the fetus’s bones and teeth. Typically, milk, yogurt, cheese, and leafy green vegetables are good sources.

Protein: Pregnant women need more protein to support the growth and development of the fetus, as well as the increased blood supply. Meat, fish, poultry, beans, and eggs are good sources.

Omega-3 fatty acids: These healthy fats are important for the development of the fetus’s brain and eyes. Some good sources are fatty fishes such as salmon and albacore tuna. Others are flaxseed and walnuts.

It is also recommended that pregnant woman should avoid certain foods such as raw and undercooked meats. Also, they should avoid fish with high levels of mercury, such as swordfish, , king mackerel, tuna and catfish according to some sources.

Causes of malnutrition in pregnancy

Malnutrition during pregnancy can be caused by a variety of factors:

Other causes may include underlying medical conditions, such as anemia

Liver or gallbladder diseases that may affect the body’s ability to absorb nutrients.

Additionally, cultural or societal factors, such as poor education and lack of access to healthcare, can contribute to malnutrition during pregnancy.

It’s important therefore, to note that all of these factors can have a compounding effect. Typically making it difficult for pregnant individuals to access the nutrition they need to have a healthy pregnancy.

Consequences of malnutrition on the pregnant woman

Malnutrition during pregnancy can have serious implications for both the mother and the baby. For the mother, it can increase the risk of obstetric complications such as pre-eclampsia, anemia, and premature labor. Thereby, increasing the risk of maternal morbidity and mortality.

Effects on the baby

On a short- term basis, while the baby is still in the womb, it can lead to a low birth weight, increased risk of fetal infections, and developmental delays in the baby.

Long – term implications may include physical and cognitive impairment. Undernutrition during the first two years of life can lead to stunted growth, which is associated with a higher risk of disease and death. In addition, malnutrition during early childhood can lead to chronic diseases such as diabetes and heart disease later in life. Therefore, it is important to ensure that babies receive adequate nutrition to support their growth and development.

Treatment for malnutrition in pregnancy

It typically involves a combination of dietary changes and supplements. Expectant mothers who are malnourished may be advised to consume more protein, iron, and folic acid, as well as other important nutrients such as calcium and vitamin D. Also, supplements such as prenatal vitamins may be recommended. In some cases, a referral to a specialist, such as a dietitian or nutritionist, may be necessary to develop a personalized dietary plan.

According to Vanguard news, about 68 percent of pregnant Nigerian women are anaemic. This is a large percentage that is affected. Hence attempts have been made to collaborate with organizations involved in the management of maternal health. Pathfinder is one of such organizations.

In conclusion, complications of malnutrition in pregnancy are some of the leading causes of maternal and fetal mortality worldwide. Hence we should strive to stay abreast of strategies that may help tackle this global issue. Till next time! 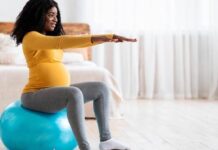 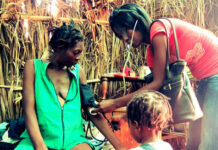